Join us live each week at www.twitch.tv/hawkscast
Post Reply
4 posts • Page 1 of 1

Sam, Zeb and Ross talk real Seattle Seahawks football in the 2020 season. The Seahawks travel to Atlanta for the first game of the year. 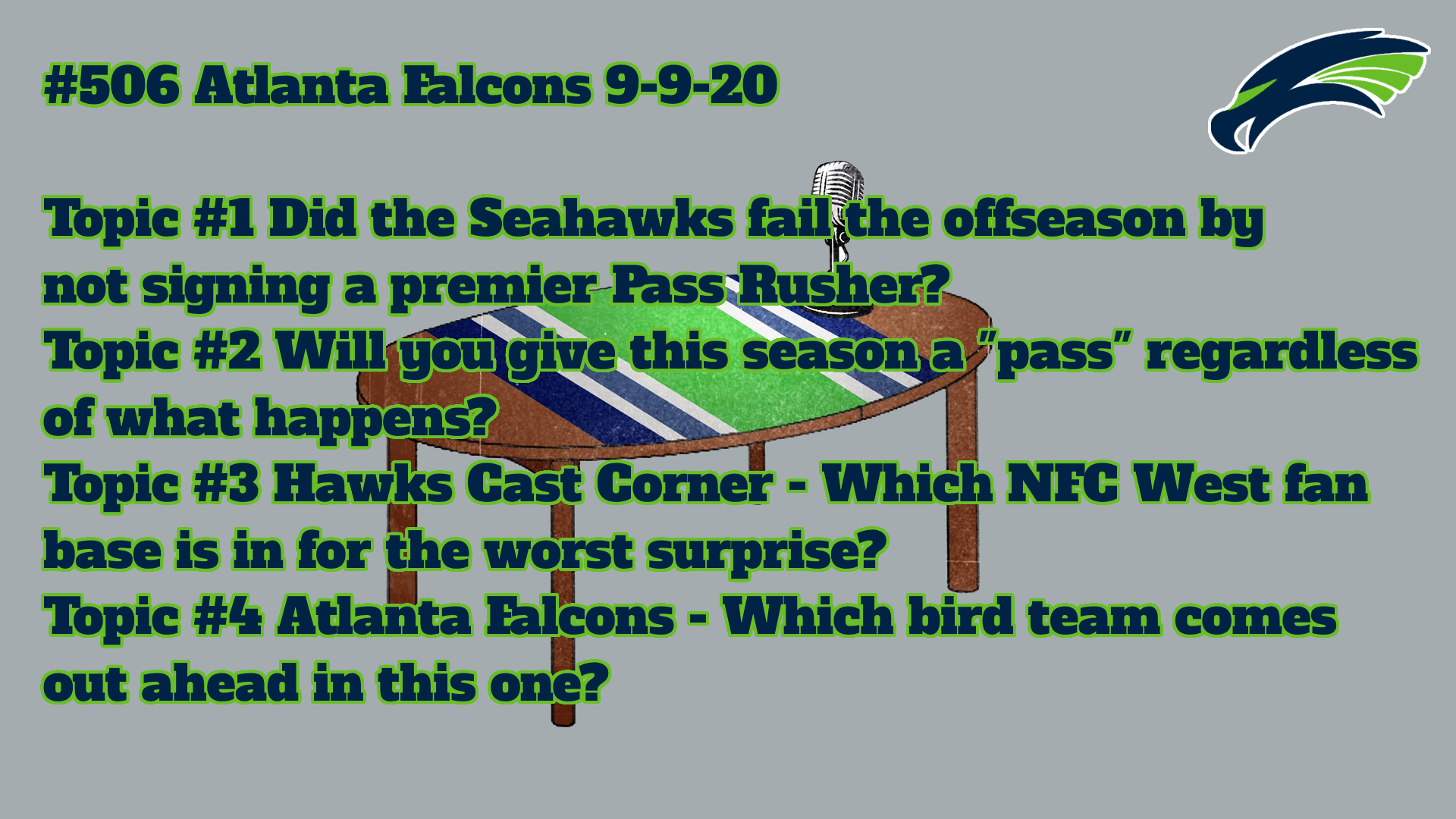 Due to technical difficulties we had to push the podcast to 9/10/20 9PM PST.

Hope to see everyone then.
Top

The Seahawks travel to Atlanta to face another bird team; the Falcons. This year will be a test to the sport and its ability to bring us together. This is the Hawks Cast Podcast.

Topic #1 Did the Seahawks fail the offseason by not signing a Premier Pass Rusher?
Topic #2 Will you give this season a "pass" regardless of what happens?
Topic #3 Hawks Cast Corner - Which NFC West fan base is in for the worst surprise?
Topic #4 Atlanta Falcons - Which bird team comes out ahead in this one?